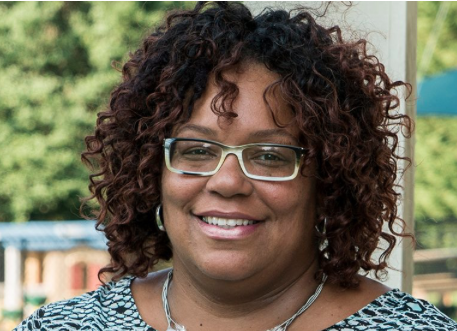 Three essential things tie directly to your quality of life: a roof over your head, healthy food on your table, and a job to bring in income. For many Loudoun residents, that trio gets sideswiped by one more essential: childcare.

While the very wealthy can afford to have one parent stay home with the kids, many working-class parents simply cannot afford to go to work. If you’re a single mom, the noose is even tighter as women make about 79 cents for every dollar a man earns. And, single mothers head just over half of all U.S. low-income households with children.

Allow me to introduce you to one of your Loudoun neighbors. Michoale is a woman of determination, moving herself up and out of a really difficult situation. Now, proudly in the workforce and earning an annual salary of $30,000, she is also a single mom of two young children. That adds up to as much as $36,000 in full-day childcare. She faces the very real mathematical dilemma of having to quit her job so she can better take care of her family. Something is woefully broken.

Loudoun County and Virginia do offer help. The Loudoun County Board of Education has zeroed in on full-day kindergarten covering a bit more than 80% of our children—with a laser beam focus on schools attended by low-income families. That’s a relief to parents with youngsters ages 5 and up. Of course, if your job is 9 to 5, there is still after-school care costs to cover.

Qualifying parents have the chance to receive childcare subsidies funded through the Commonwealth and administered by the County. There are bleak limitations. Funding is finite. As many as 500 Loudoun County parents who potentially qualify for the subsidy are placed on a waiting list because available funding gets used up each fiscal year.

Thank goodness for the Loudoun YMCA. In early January 2017, it opened Loudoun County’s only public-charity childcare program offering sliding scale tuition to low-income parents. Each year, this charitable organization raises funds to reduce childcare costs for 86 children. Its part of the Y’s new Youth Development Center in Sterling. Still, that location does not work for all Loudoun families. And, of course, the Y’s funding resources are limited.

Research from Boston University School of Social Work underscores the depth of this crisis, reporting that childcare costs increased by 70% between 1985 and 2011 and that, on average, today’s costs for childcare accounts for more than 50% of annual income for the poorest working families.

Here’s another way to think about it: In-state tuition with room and board at Virginia Tech is about $21,000 per year. If we recognize that college is out of reach for our low-income graduates, how can we expect low-income families in the workforce to balance housing expenses, food costs, and childcare?

This is one of many issues facing our neighbors in Loudoun County. We need more nonprofit-based sliding scale childcare centers in varied locations throughout our community. And, we need greater dedicated financial resources committed to permanently End the Need.